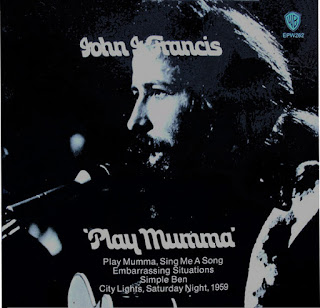 
John J Francis rose to national prominence with the vanguard of contemporary Australian singer/songwriters who came to the fore in the early 70's. Between 1972 and 1974 he released four highly respected studio albums through Warner Brothers and penned the iconic surf anthem, 'Simple Ben' as well as scoring an Australian top 10 hit with the single 'Play Mumma, Sing Me a Song'.

John J Francis' career began in Newcastle, Australia where he fronted a popular local R n' B band, The Sorrows who became one of the better known Newcastle bands of that era and in 1965 supported the legendary Billy Thorpe and the Aztecs, playing to a packed Newcastle Stadium. This performance won the band several gigs at the legendary Sydney dance venue 'Surf City' in Kings Cross, and the following year they were asked to support the Easybeats at a frenetic show in the Newcastle Town Hall. 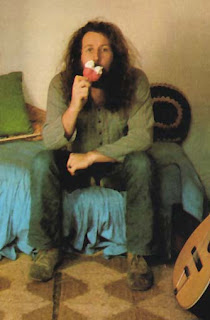 John J. Francis - Rock n' Roll Refugee1972 saw the release of John's first solo album 'Rock n' Roll Refugee', featuring the first triple-gate fold out LP cover, through Warner Brothers. The album was recorded "live" in the studio in two three-hour sessions at Copperfield Studios and was produced by the then A&R head of Pye Records in England, Alan A. Freeman. 'Rock n' Roll Refugee' contained many of the songs John was playing live at the time and, although it received very little airplay or publicity, managed to generate sales well into the mid-thousands.

John J. Francis - Breaks, Works & Thoughts John's second album, 'Breaks, Works & Thoughts', was released in 1973 and included the iconic 'Simple Ben', which is featured on the 'Morning of the Earth' movie soundtrack, the hit single 'Play Mumma, Sing Me a Song', as well as the driving 'Bop Right Over You' and the strikingly powerful and distinctively original 'Steel Man'. 'Breaks, Works & Thoughts' is undoubtedly a landmark in Australian music history and was the most nominated album at the 1973 Australasian Radio Awards (the precursor to today's ARIA Awards) winning the coveted Best Song/Composer of the Year Award for 'Play Mumma, Sing Me a Song'. 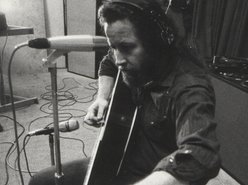 John J. Francis - Open Fist 'Open Fist' was released in early 1974 and showed a harder hitting side to John J Francis. Right from the opening track, 'Living in Sydney', it was obvious that his music had moved into a tougher, rougher, electric rock sound although links to his earlier acoustic-based style remained in several tracks such as the poignant ballad 'Things are Never Quite the Same' and the beautiful 'Countryside Angelus'. The blues flavoured rocker, 'City Lights, Saturday Night 1959' was released as a single and the album sold in its thousands and has since become the most sought after of the four John J Francis albums.

It was around this time that John became the musical director for the popular ABC-TV series, 'Sit Yourself Down, Take a Look Around' which featured many emerging artists from the alternative music scene. Hosted by folk/jazz/blues legend Marion Henderson, the show musically covered everything from folk to jazz and blues and even the Aunty Jack crew on one occasion. 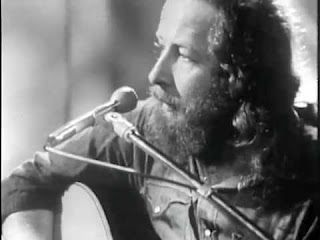 John J. Francis - Wassa Matta The final album, 'Wassa Matta', was released in late 1974 and was again a mix of electric and acoustic tracks including the beautiful ballad 'Sit Beside Me' and a unique cover version of the R 'n' B classic 'Mess o' Blues'. The other standout tracks were 'A Christian Woman Came', 'Sometimes (In the Night)', 'Waterson' and 'To the End'. Warners chose to release the country-flavoured 'Lucky Star', featuring vocal backing by the singing group Family, as the single with a tough version of another R 'n' B gem, 'Money Honey', on the flip-side.
Posted by Deutros at 05:53