Warren Williams - Speak To Me Of Love 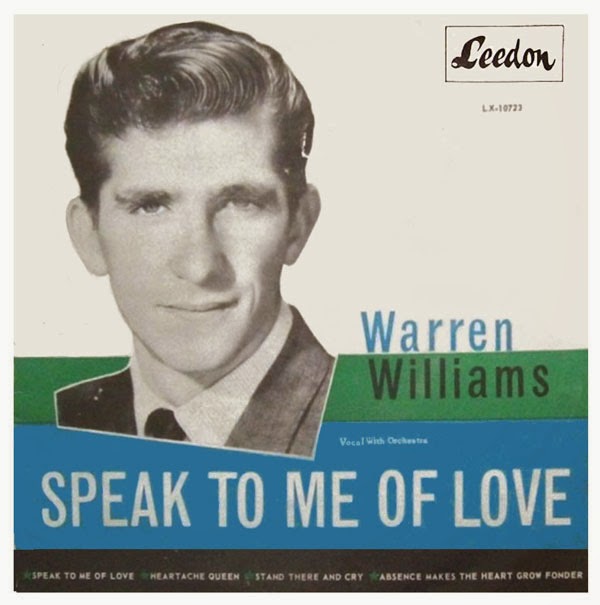 
Forming one of Australia's first rock & roll bands in the tradition of Bill Haley and His Comets, former child soprano Warren Williams formed Warren Williams and the Squares in January 1958: by April they were playing to 600 people each Friday night at the Mascot Masonic Hall.

They made their TV debut in July 1959 on Six O'Clock Rock, a popular TV show hosted by Johnny O'Keefe, and soon became TV regulars on Bandstand and Teen Time. Williams released his debut single, "My Teenage Love," in December 1959 followed by "Kath-a-Leen" in April 1960, but by the end of the year had left the Squares. He released the single "My Little Girl" and was voted the sixth most popular artist on Six O'Clock Rock.

In 1961, Williams signed with the Leedon label and released several singles. A prolific songwriter, he formed his own publishing company Williams-Conde Music Pty Ltd with Franz Conde. In March 1964, Williams joined the Courtmen, who backed him on his track "It's Party Time" (later recorded in French by Petula Clark). By now, Williams' popularity had begun to wane with the rise of pop. As Beatlemania swept Australia, Williams took refuge performing in clubs and cabaret shows before resurfacing in the '70s and '80s on the nostalgia circuit. He released two singles, "Jimmy Brown the News Boy" (1978) and "I Was There" (1982), before forming the Williams Family Show with his three sons.


P.S. I've accidently numbered tracks 1 and 4 in reverse track names are correct just out of order. 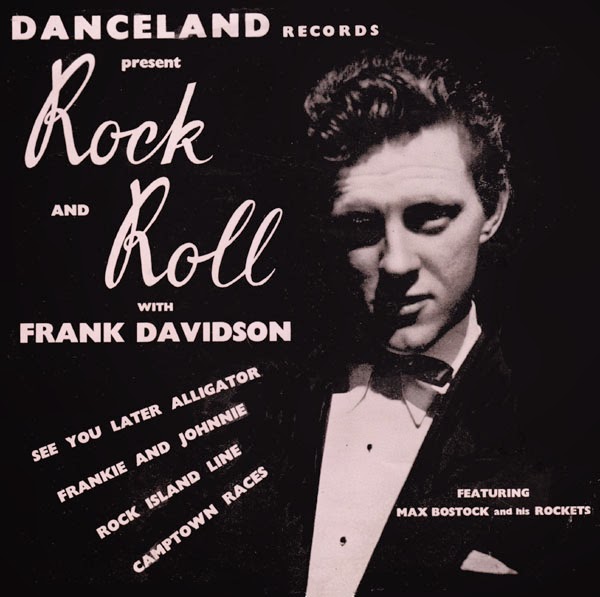 From 1962 on, he released numerous comedy singles in Australia, such as ‘50 Million Blowflies Can’t Be Wrong’, and has recorded at least twenty albums.

In 1963, he toured with Cliff Richard, Helen Shapiro and Fabian.

Frankie Davidson, has been entertaining Australians and overseas audiences since the heady days of Bandstand and six o'clock rock. His career now embraces five generations. He has been nominated for the "MO' awards entertainer for the year in 1976 and 1979.

He was chosen by his peers as "Australia's most versatile performer - as a tribute to his staying power. He was nominated for "Best Male Cabaret Vocalist" in 1992 and 1993.

Frankie is also an accomplished actor: with many appearances in T.V. Soaps and Dramas. He has also presented for T.V. Campaigns - Soccer Pools, Mazdas' Mr Right and Caltex Oils.

Some of his film credits include: 'Last Frontier', 'Muriels Wedding', 'All Saints' and 'Farscape'.

In January 1987, Frankie received the prestigious 'Advance Australia Award" for his services to the music and entertainment industry.

In the entertainment World, Frankie Davidson is not only a true professional in every sense of the word but more importantly a real Australian Entertainment Legend.

Have you ever been to see Old London Town?, Ball bearing Bird, Gimmie dat Ding, I hope your chooks turn into Emus, 50,00000 blowflies can't be wrong, The Aussie Barbeque Song, Hector the trash collector and We love the Beatles.