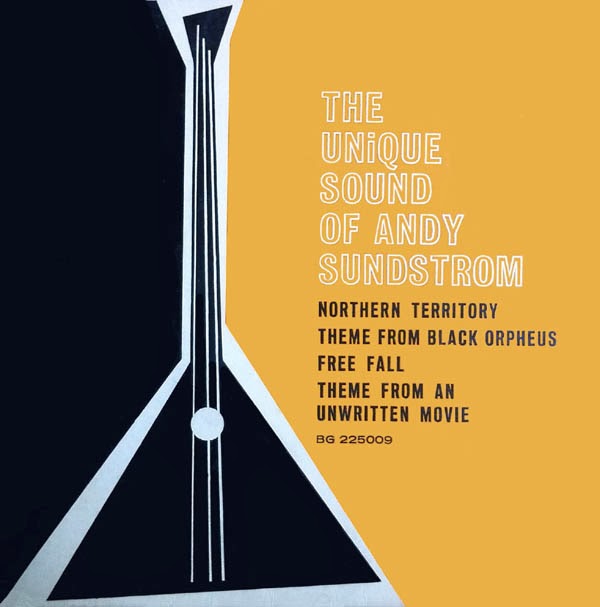 
The Unique Sound of Andy Sundstrom features the two songs from a previosly released single  Northern Territory (written by Sven Libaek) and Theme From Black Orpheus and two more Sven Libaek-penned tunes Free Fall and Theme From An Unwritten Movie.  Sundstrom plays these songs on a balalaika. This has added a whole new layer to the music and makes Andy a bit of a pop oddity. Whoever thought that balalaika surf-pop from the early sixties Australian music scene even existed? Two of the tracks, Northern Territory and Theme From An Unwritten Movie would be recorded by Sven with his usual jazz ensemble of the time and included on The Music Of Sven Libaek released four years later. The third track, Free Fall, was written by Libaek and performed by Australian surf group The Atlantics on their Bombora LP from 1963.

Back cover liner notes: Three years ago Andy Sundstrom came to Australia as a crew member on the 38 foot ketch “Sarong”. He had a guitar under one arm and a balalaika under the other. He wasn’t planning to stay too long, as all his family live in Denmark, his country of birth. However, he fell in love, with Australia, as do so many other visitors and migrants - and he’s still here! He hasn’t wasted his three years here either, on the contrary, he has established himself as one of Australia’s leading entertainers.


Andy's speciality is the balalaika and in playing it he has been referred to as the “fastest man on strings”. However, his first CBS disc was far from a fast one. It was a haunting melody simply entitled “Theme From An Unwritten Movie” and although it was not a hit for Andy it certainly made a stir among the public as well as disc jockeys and show business personalities. It was Northern Territory  that really established Andy as a top pop artist with his balalaika. His beautiful rendition of Theme From Black Orpheus also became extremely popular with the public. All these tracks you will find on this E.P. and in addition, his latest entitled Free Fall, a virtuoso surfin’ number.

This collection could easily have been entitled - “The Best of Andy Sundstrom”, but The Unique Sound of Andy Sundstrom seemed more appropriate. It is indeed a unique sound - this strange haunting and brilliant way of playing that rather unusual instrument the balalaika, with a pop flavor. Andy has created a new branch of Australian entertainment business. A branch that is growing in popularity every day. (Partially edited from Urban Bowerbird)
Posted by Deutros at 02:35 2 comments: 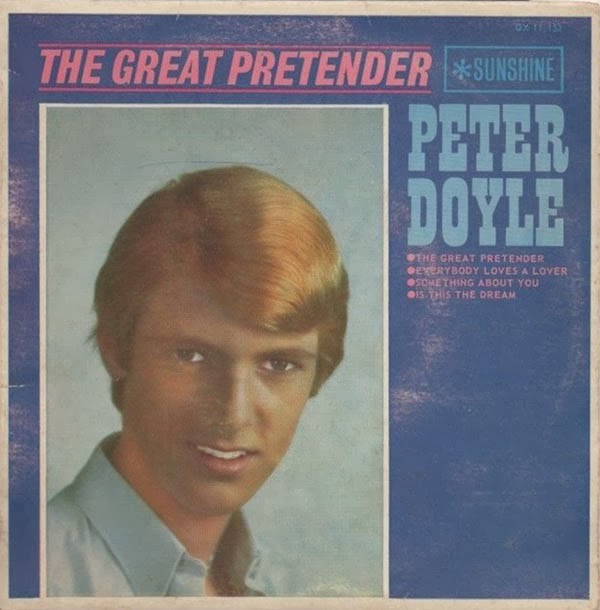 
The Great Pretender one of a number of covers of this classic Platters song, Peter’s version was deservedly one of his best selling hits of the 60s reaching # 22 in Jan. 1966, an inspired rendition from a 16 year old.