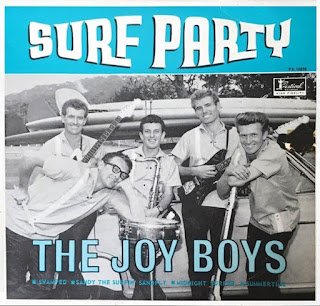 Originally a jazz band , became 'Col Joye and the Joy Boys' when Kevin's bother, Col joined in 1957. They had ten Top 10 hits in the Sydney charts alone from 1959 to 1962, including four #1s. Cole became a star on television pop show Bandstand. They recorded under Col Joye’s Joy Boys in 1960 and 1961 and as The Joy Boys from 1961. Sandy, The Surfin' Sandfly an instrumental written by Tony Barber (of Aztecs fame).Disbanded 1966.